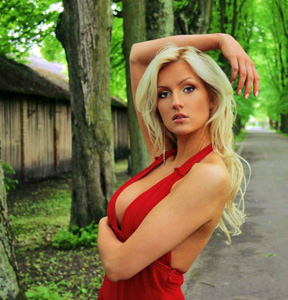 Ciao Evija, today Il Metropolitano is very happy to interview you , and thank you to give us some of your time

I was interested in the world of fashion since childhood, so – when I was 16 years old, I applied for a casting – at model agency “Gints Bude modes nams” (“Gints Bude fashion house”).

Later I continued my career at model agency Natalie and later – Vacatio.

Or someone had contacted you for your beauty?

Yes, I have been approached in social networks – by photographers offering photo sessions, as well as modeling agencies.

In what kind of shots you can see better yourself?

I have photos taken for men’s magazines such as “KLUBS” and “A-ZET”. As well – I have been a model for lingerie company “Shante”. As well I am pleased to participate in exclusive advertise things. For example – recently I had a photo session for limousine advertising. It seems that the nature of that kind of sessions are most appropriate for me.

Some years of experience for some fashion-agency. The fashion world has given you some satisfaction, tell us whats was your most rewarding experience?

The most greatest satisfaction has always been a collaboration with www.modeles.lv – who organized a beauty contest “Miss Max Babe 2005” – which gained the first prize. It was an interesting experience, which strengthened my confidence.

The competition or the photo that you like most?

I prefer to work as a photo model, but I am happy to participate in fashion shows as model, as well.

You also worked on TV ,how you found it?

When I was 12 years old – I applied for the competition as a program manager in some TV channel. Got an overwhelming score of points, but – soon after casting – the TV channel was closed.

A couple of years ago – I applied for casting at TV translation – “David’s show” led by Latvian and foreign well-known designer – David. Was sought for David’s “assistant” – so I got to the finals, where we stayed two girls. They chose another girl, and producer comforted me – by saying: “You are too beautiful for this role…”   🙂
If someone ll ask to do it again?

Yes, I would agree! And recently, I had an offer to participate in a new reality show – «REALITY SHOWGIRL», which is similar like Russian – “DOM2” and “Kаникулы v Mekcike” – but I refused. Cause in this kind of shows I do not want to participate. And the reason is that – filming takes place 24/7.

When I got pregnant – I stopped modeling career for a period of couple of years. Later, when I recovered my form and changed the image – of being a blonde – I became a brunette and continued my modeling career after almost 5 years… So, I have many pictures of modeling – as a blonde, and only several – with dark hair. It is because, I continued work as a model only 2 weeks ago 🙂 But now I am very bussy – I have photoshoots twice a week. Have proposal from model agencies – to take me as a model. Also I am invited to participate in reality show. And in July I am going to “Amber breeze” – for four days.

How you do all this in the same time?

Good question 🙂 I simply can arrange how to plan my time and set my priorities.

Where you found the time and the energy for yours free time?

I capture energy from the fact that I do what gives me fulfillment and delivers satisfaction. As the famous saying: “If you work a job that you love – you will never have to work – a single day!”.

What are your plans for your future?

On 22-25.07.2013. I will work as a model at – “Amber Breeze”. That is photo-festival held on the shores of the Baltic Sea, from the 2006. In this event will be more than 50 photographers from different countries. And in that photo session will participate models not only from Latvian, but also from Russia and Belarus.

As well in the future – I am planning to open a boutique in Riga. And this was the reason that I was even started to learn Italian language – to be able freely communicate with the designers and representatives of a fashion house’s in Italy.

In Italy I have been many times. For ecursions, holidays and shopping as well. And interesting is a fact, that in Italy lives my mother’s husband’s sister who married an Italian. So that means – I have relatives in Italy! 🙂

And last time we were in Italy last spring – when we traveled with my family by car, through all Europe. And vivid memory remains me of Venice, without a map – walking along the small streets of Venice – we were lost for 3 hours! 🙂

But I love Italy – would love to go there over an over again.

And there is a plan for the next time – to go on an airplane and rent a car. Driving through all Italy – go to Sicily, cause I want to see the place, that remind’s me of the movie – “The Godfather.” 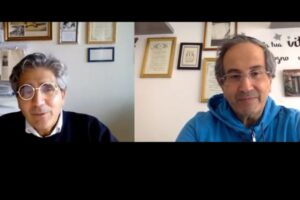 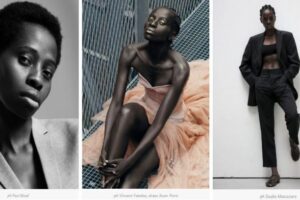 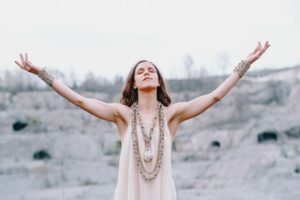 About the Author: Annalisa Brivio